Practices are M-Th, with Fridays optional until the competition season is over.

We are flexible if you are in another activity.  Let a coach know!

Here is a list of upcoming meets in Quiz Bowl and Knowledge Bowl:

Additional meets will be added as we register!! 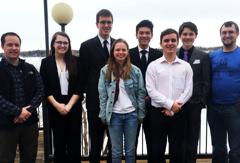 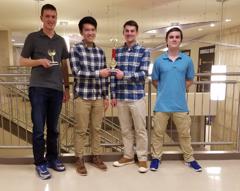 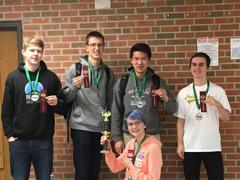 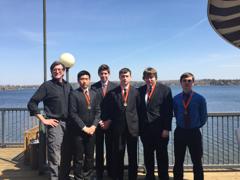 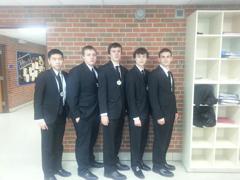 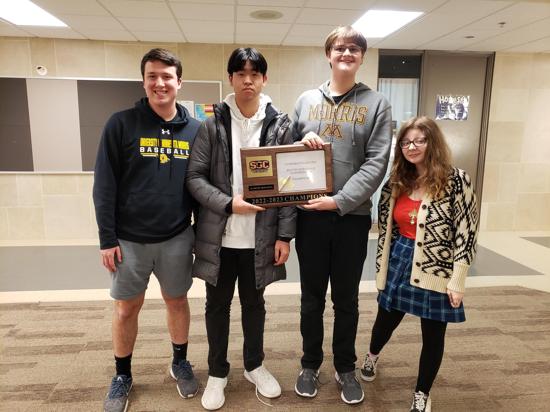 Prior Lake A and Eastview both went 6-1 in the round robin, forcing a tiebreaker round.  There were 6 lead changes... 4 in the last 8 questions!!

Prior Lake grabbed the 22nd and 23rd question (of 24) to pull into the lead with one question to go, and won 130-115 in an epic ending to the championship.

Both the Freshman Four and Minecraft n00b Pro are moving on to the sub-regional meet at PLHS on Valentine's Day!

Prior Lake C debuted in Round 2, after being gone for Round 1.  They went 0-4, and learned quite a bit!

With two undefeated teams entering the second round, our matches should become even tougher!  Let's see what we're made of!

On December 9, 6-10 pm, Prior Lake will be participating in a Quiz Bowl Tournament featuring 8 American teams, and 8 Chinese teams.  This SKT/NAQT tournament will be online!

Awaiting the link to the results (the posted link shows the tournament... results pending).

We will be heading over to Chaska High School on 12/2 to compete in our first KB meet of the season.

Results: Both of our teams finished in about 9th and 11th place.  We are waiting for the results to be sent out.  :)

Sean Wirtz: #1 scorer of tossups after round 1 in the South Division (19).

There is Still Time to Join!

Come to D305 after school and try it out!

Are you interested in joining KB?  Knowledge Bowl is an academic competition between schools on every topic you can think of (science, social studies, art, music, literature, current events, sports, etc.)

Feel free to drop in after school Monday through Thursday in D305.  You can also stop in during Laker Time if you have any questions.

Lastly, feel free to reach out to coach Olsen for more information.

If you would like even more information, join the Schoology Group!

We compete in both Knowledge Bowl and Quiz Bowl.  This gives you a lot more chances to learn, compete, and get better as a person & team!

What is Knowledge Bowl?

During a meet, teams of 5 begin with a written round (usually 60 questions), where they work cooperatively to complete a multiple-choice test. They are given 45 minutes to complete the test.

After the written round, teams are sorted by score and compete in four verbal rounds where they listen to a reader and try to out-buzz the other teams and get the question right.  They can stop the question from being read at any point.  Once they buzz, teams work together for 15 seconds to determine the answer and get a point.  If the team that buzzes gets the question wrong, the other non-buzzing teams get a chance to hear the question again.  The incorrect team must wait until the next question to participate.  Each verbal round has 45 questions.

The top 3 teams face each other in Room A, the next three compete in Room B, etc.

There are a total of four verbal rounds.  The results from the written round determine verbal round 1 placement.  After verbal round 1, the scores are re-sorted, and the new top 3 are in Room A, the next in Room B, etc.  This resort happens after each verbal round until the 4th round is completed (5th round in the post-season).

What is Quiz Bowl?

In Quiz Bowl, you compete in teams of 4 against another team from another school.  You are randomly paired with a team that has a similar rating as your team (the top teams will likely never play the bottom teams).

There are 24 verbal questions read called "tossups", which either team can "buzz" on.  Once a team buzzes, the person that buzzes must answer the question within 3 seconds.  If they get the question correct, they get 10 points, or 15 points if you buzz and get it correct on minimal information.  Getting 15 points on a tossup is called "power".  If incorrect, the other team gets to hear the question in its entirety if they choose.

After getting a "tossup" correct, the correct team gets an opportunity at three 10-point "bonus" questions for a total of 30 additional points.  These are exclusive to the team that got the "tossup" correct.

Once the bonus question is read, both teams compete in a new "tossup" question.

VARSITY RESULTS (Out of a field of 56 teams from around the state.)

JV RESULTS (Out of a field of 20 teams from around the state.)

Prior Lake A & B both qualified for regionals, but we can only send one team.  So, Prior Lake B conceded to let A have the spot!

Link to this and more: https://www.naqt.com/stats/school/results.jsp?org_id=58523

We are seeing a lot of growth this season!  Here are the results from last night!  (out of 39)

A special thanks to Tartan for hosting!  Here are the scores from the Clash of the Titans!  The field was 27 teams.

With Comic Bowl clearing the cobwebs out, we had our first regular season

Prior Lake had a great night in Round 1, with our teams finishing... (out of 43)

Cosmic Bowl was a 75-team showdown this year, with 53 Varsity teams, and 22 JV teams in attendance.

Link to the scores: http://kbowlscores.com/cosmic/image.png

Captain's practices are in full swing here at PL in A303 after school until around 4pm.  If you are interested, stop in and see what it is all about!

Official practices will begin in A303 on October 7th! 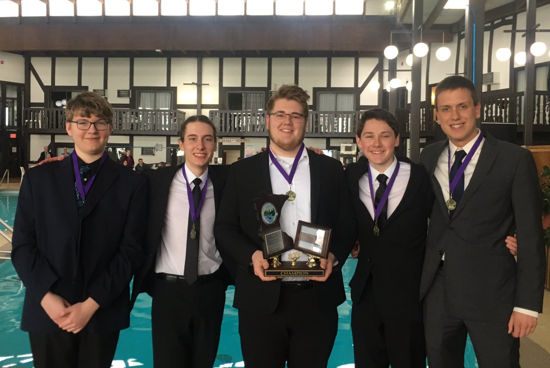 We sent 3 teams to the Metro Regional this year (30 teams in the field)!!! 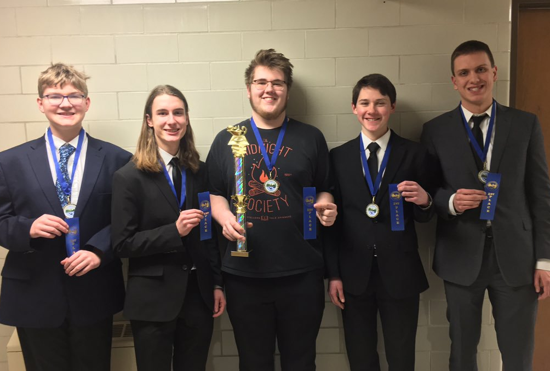 After a long and well-fought battle with the top teams in QB in the Metro, we finished 6th overall! 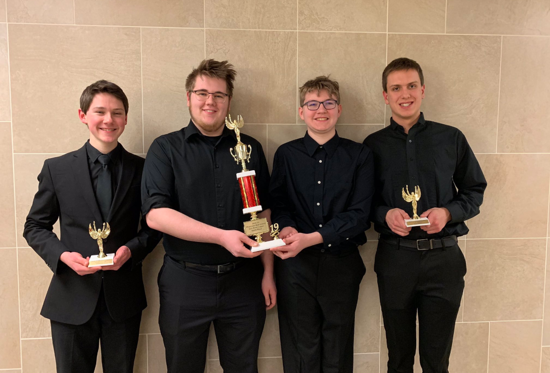 Prior Lake also has three teams tie for 1st in the JV division!! 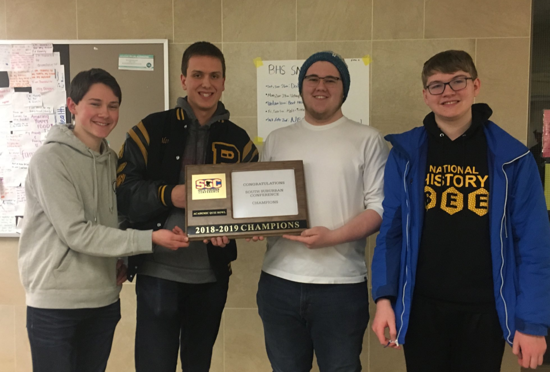 It was another great day at one of our favorite annual meets!  There were 58 total teams in the field.  33 Varsity, 25 JV.

For the second year in a row, Prior Lake wins the Triple Team Award! 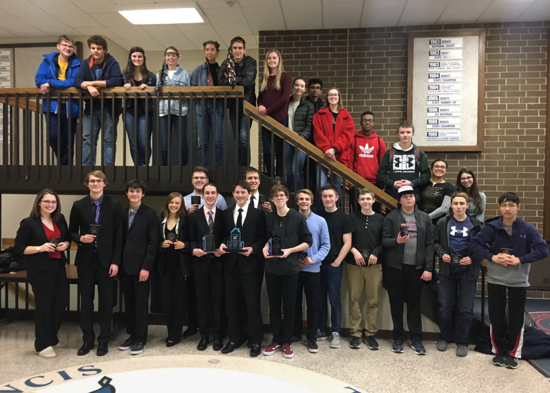 Operating under code names, Prior Lake competed in a field of 62 teams.

Here's a link to the Handbook.

All meets will be posted in Schoology on the Calendar.